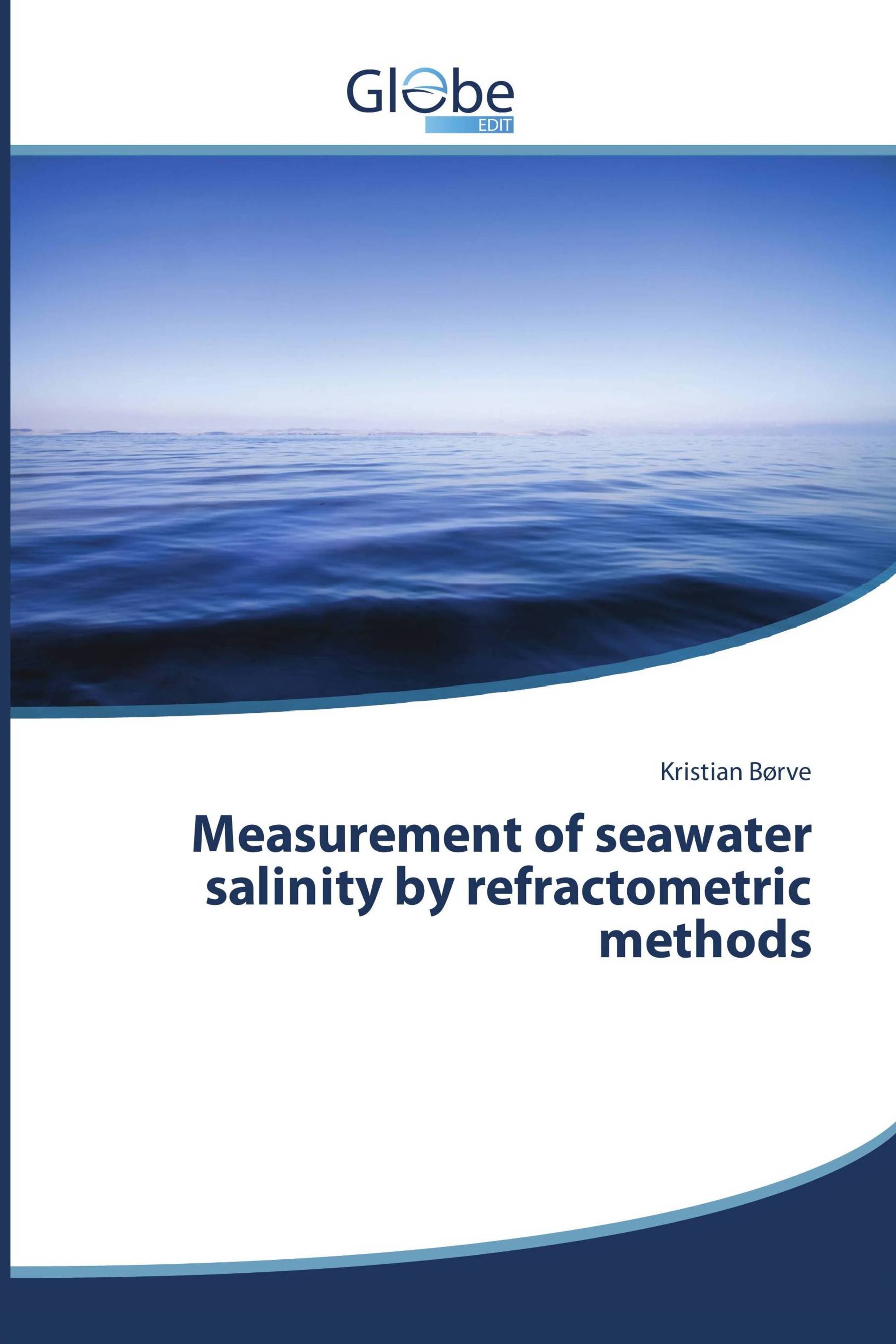 The aim of this book has been to design and test a refractometer for accurate measurement of seawater refractive index. The goal was to create a refractometer with a cylindrical embodiment and measure refractive indices with an accuracy of 10−6 refractive index units (RUI). The realization of the instrument resulted in a measurement chamber consisting of a cylindrical glass tube with an inner radius if 4 mm, thickness of 1 mm and length of 115 mm. To transverse the laser beam into the glass cylinder in a satisfactory way, the beam is directed by mirrors submerged in an immersion oil. The oil functions as a “compensating” medium between the air-glass interface and was only used because desired embodiments were not available. The final refractometer design was decided after rigorous computer simulations. The experiments were conducted by measuring the laser beam displacement of sodium chloride solutions, with salinities ranging from 0 to 40 parts per thousand. The results revealed that the instrument was able to short-term measurements with an accuracy of 1.5⋅10−5 RIU, but poor repeatability of the instrument decreased the the overall accuracy to 2.9⋅10−4 RIU.