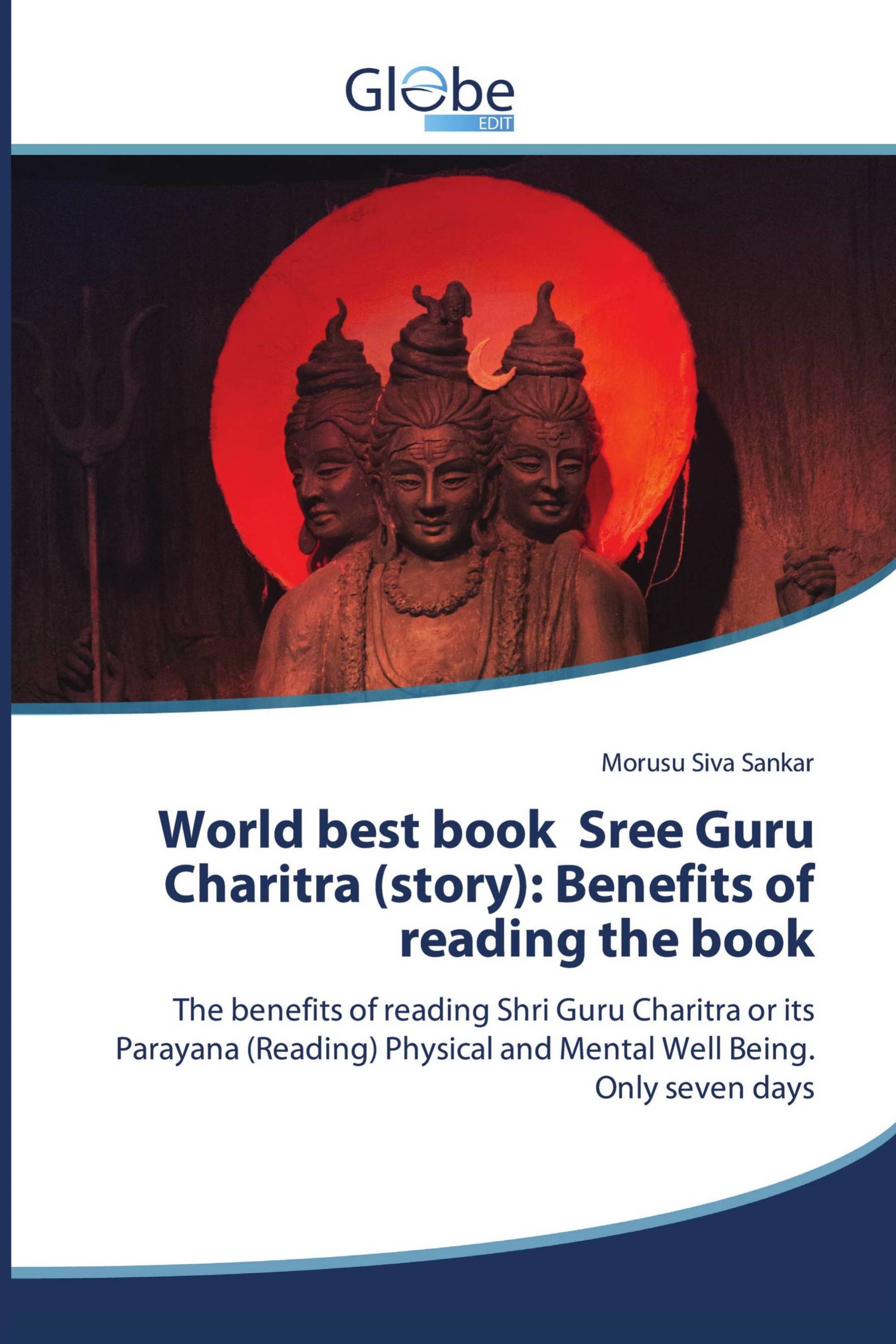 The benefits of reading Shri Guru Charitra or its Parayana (Reading) Physical and Mental Well Being. Only seven days

Lord Dattatreya, Dattā or Dattaguru, is a paradigmatic Sannyasi (monk) and one of the lords of Yoga, venerated as a Hindu god. In Maharashtra, Goa, Andhra Pradesh, Telangana, Karnataka, Gujarat, and Madhya Pradesh he is a syncretic deity, considered to be an avatar of the three Hindu gods Brahma, Vishnu and Shiva, collectively known as Trimurti. In other regions, and some versions of texts such as Garuda Purana, Brahma Purana and Sattvata Samhita, he is an avatar of Lord Vishnu. Several Upanishads are dedicated to him, as are the texts of the Vedanta-Yoga tradition in Hinduism. One of the most important texts of Hinduism, namely Avadhuta Gita (literally, "song of the free soul") is attributed to Dattatreya. Over time, Dattatreya has inspired many monastic movements in Shaivism, Vaishnavism and Shaktism, particularly in the Deccan region of India, South India, Gujarat, Madhya Pradesh, Rajasthan and Himalayan regions, where Shiva tradition has been strong. His pursuit of simple life, kindness to all, sharing of his knowledge and the meaning of life during his travels is reverentially mentioned in the poems by Tukaram, a saint-poet of the Bhakti movement.